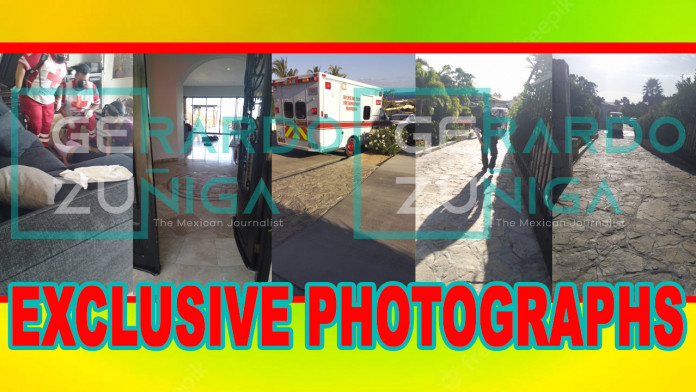 Los Cabos, Baja California Sur.- The photographs presented during the premiere of the Youtube channel of the Mexican journalist, Gerardo Zúñiga, held on December 27, are real and authentic. 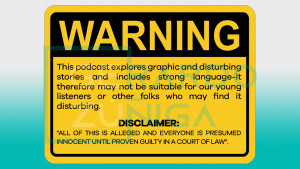 This could be confirmed by the journalist himself, after having delivered the set of five photographs at the office of the Attorney General’s Office of the State of Baja California Sur, located in Los Cabos.

During his second program, the controversial Mexican communicator explained that when his statement was taken in the prosecution, he asked if the color and type of clothes Shanquella Robinson was wearing was the same as that which appeared in the statements of the witnesses, receiving as an answer that «they were exactly the same characteristics described by the doctor and the two paramedics who were questioned about their participation in the medical care of the young American.« 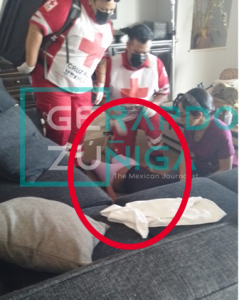 The images presented by Gerardo Zúñiga, unleashed all kinds of comments in the United States.

So far, it is the only photograph that has been presented publicly that portrays the critical moment that was lived on October 29, when the 25-year-old was beaten to death by Daejhanae Jackson in a room of the Linda 32 condominium of the Cabo Villas complex, owned by the Puerto Los Cabos development.

As you probably know, the main photograph of the night was an image of Shanquella Robinson lying on the floor of the condominium living room, when she was attended by the doctor of the American Medical Center, Carolina «N», and two paramedics from the Red Cross.

The murdered young woman appears dressed in a black T-shirt and pink pants, lying on the floor of the house, next to an armchair and a trunk that apparently is a coffee table.

The investigative journalist also presented a photo analysis study to locate the audience in the room, making a comparison with the photographs that promote the lease of the condominium on the website: https://isleblue.co/villas/vacation-rentals/mexico/los-cabos/san-jose-del-cabo/villa-linda-32

In such a way that a living room, a coffee table, a piece of furniture and an armchair that appear in the original photograph where Shanquella Robinson is lying on the floor are the same graphic elements that are in the photos of the Linda 32 condominium website.

In such a way that he could verify that it was undoubtedly the same place.

Likewise, «El Periodista Mexicano«, as he is known in the United States, presented another photograph of the interior of the condominium, where the doctor’s medical team and the Red Cross paramedics are.

The briefcase was just off the room and was used to try to save the life of the young woman from Charlotte, North Carolina.

Finally, he presented three other photographs of the exterior of the condominium and where the ambulance parked on the right sidewalk, agents of the Municipal Police of Los Cabos and the ambulance can be seen as it leaves the condominium, after Shanquella Robinson was pronounced dead.

The dissemination of the image tried to be discredited by some YouTube channels, arguing that it was false and others went so far as to say that the journalist had hired actors to stage that scene.