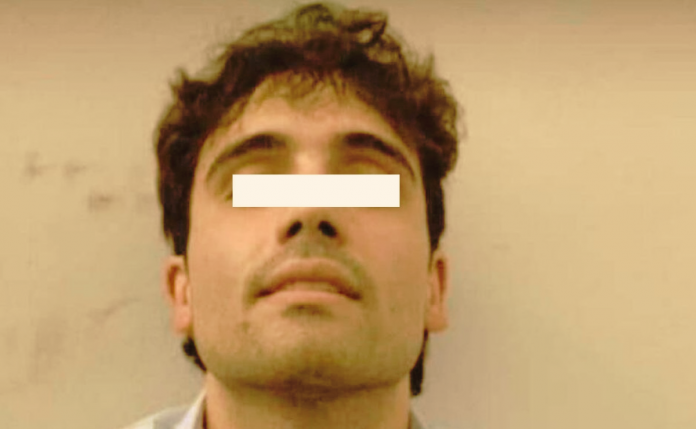 Culiacán, Sinaloa.- The criminal leader of «Los Chapitos«, Ovidio Guzmán López «El Ratón«, son of capo Joaquín «El Chapo» Guzmán was recaptured in the town of Jesús María, south of the Sinaloa State Capital, he was sorrunded, during an operation early Thursday morning by federal and military forces.

During the operation, at around 4 am, there was an armed confrontation between criminals and the military that was videotaped by the residents themselves and shared on social networks.

In the videos that quickly went viral, under the hashtags #Culiacanazo2.0 and #NuevoCuliacanazo, two military helicopter gunships can be seen firing bursts towards land points.

After the recapture operation, criminal groups from the Sinaloa Cartel (CDS) located the city of Culiacán, causing drug blockades, setting fire to cars and trucks and unleashing shootouts.

The foregoing, caused the Sinaloa Public Security Secretary, to have to ask the residents, to take shelter inside their homes and not leave until the danger passed.

The president of Mexico, Andrés Manuel López Obrador, confirmed the operation during his morning conference and stated, that during the day he would release all the details of the operation.

Ovidio Guzmán López, is the son of Joaquín «El Chapo» Guzmán, and took criminal command of the Sinaloa Cartel (CDS), after his father was arrested and extradited to the United States.

In October 2019, Ovidio Guzmán was arrested in an operation and released suspiciously amid shootings and drug blockades, which was popularly baptized as «El Culiacanazo.»

The leader of «Los Chapitos» has an arrest warrant for extradition purposes issued by the United States government.

Since July 2017, the United States Attorney for the District of Columbia formed a grand jury and formally accused Ovidio Guzmán López of participating in a conspiracy to traffic cocaine, methamphetamine and marijuana to the United States since 2008.

The accusation was presented on April 2, 2018, for which a Judge issued a federal arrest warrant against him in Washington D.C.